The latest version of RDFox is now live, bringing you another round of new features. 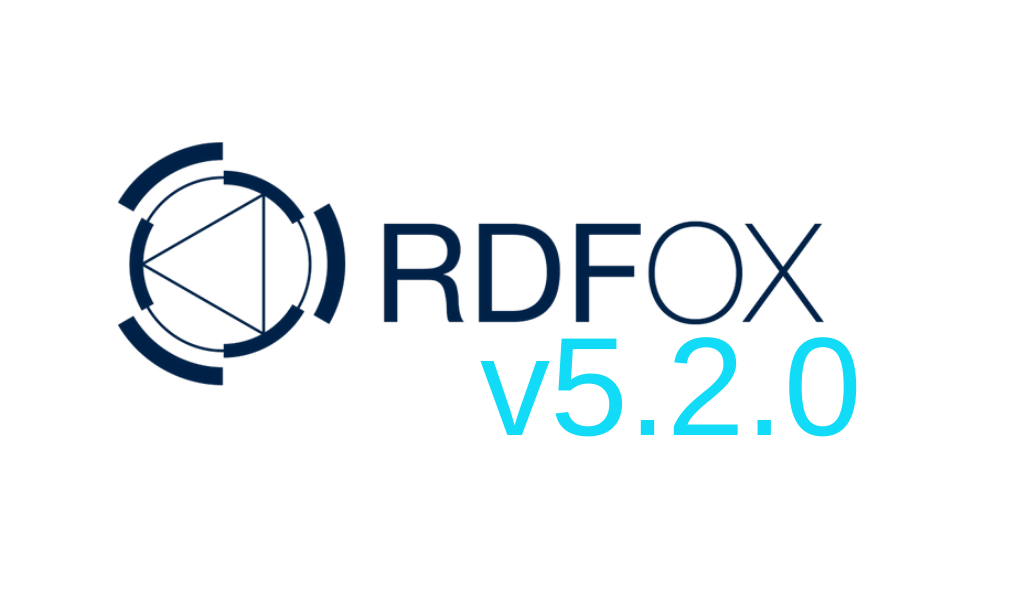 RDFox v5.2.0 is here and while a smaller update, carries no less weight than those that came before. In fact, it marks a significant shift towards the wider adoption of graph technology — something we’d all like to see.

On-device projects are now a reality with the new support for Linux on ARM CPUs, creating the opportunity for use in previously inaccessible ventures. Everything from autonomous cars to medical equipment now falls within the purview of RDFox — and that’s only the beginning of what it has to offer. You can watch our animated video ‘Reasoning on the Road’ for a glimpse of what can be achieved, or read our accompanying white paper ‘Reasonable Vehicles Rule the Road’ for further details.

The other advancements include support for property paths in SHACL, console notifications when a data store’s state changes, and a host of minor improvements and bug fixes — including of course our continued effort to push performance to the absolute limit.

As an intermediate release, much of what we discuss in this article builds upon the v5.0.0 update. If you’d like to read our article outlining that major development, you can do so here. The full release notes for both versions are available in the RDFox documentation here.

If instead you’d like to try RDFox out for yourself, you can request a free trial here.

RDFox version 5.0.0 introduced support for the ARM-based Apple M1 chip with phenomenal results. Next, there was only one logical step — widening support to Linux on ARM. This master key opens extraordinary doors of all shapes and sizes, and has all of us here buzzing with excitement.

Our enthusiasm stems from the massive scope of this new support: everything from the Graviton — the cost-effective and versatile family of CPUs from Amazon Web Services (AWS) to the comparatively wee ARM Cortex in the Raspberry Pi. In fact, ARM’s reach is so extensive that well over 160 billion chips with their IP have been shipped worldwide since the turn of the millennium. You’ll find them in phones, laptops, and all kinds of embedded applications, coaxing RDFox out of the cloud and into your life.

With this update comes support for property paths in SHACL (Shapes Constraint Language), making data validation easier and more versatile. By design, property paths simplify otherwise cumbersome and lengthy syntax, but to stop there would be a disservice. There are features that do more than just streamline code, they increase its capability too. Chief among the new inclusions is that of variable length paths — allowing validation to extend beyond predefined limits. Some aspects were previously available in RDFox in spirit but were prey to clumsy notation as mentioned before. Now the same can be achieved much more easily, some with only a single character — a worthy inclusion in our eyes.

The ability for multiple people to work on the same project simultaneously is fantastic, but occasionally conflicts arise. You will now be notified whenever a change is made to the data store currently being queried or visualised. An alert icon will appear accompanied by a tooltip describing the nature of the change, at which point you can choose to ‘Reset’ in the Explorer visualisation or ‘Run Query’ in the query view, merging the update.

Individual changes throw up an amber alert, but events with a wider impact such as the whole data store being deleted, warrant a stronger, red alert. You can continue to examine query results, but no further queries can be issued until the discrepancy is fixed. 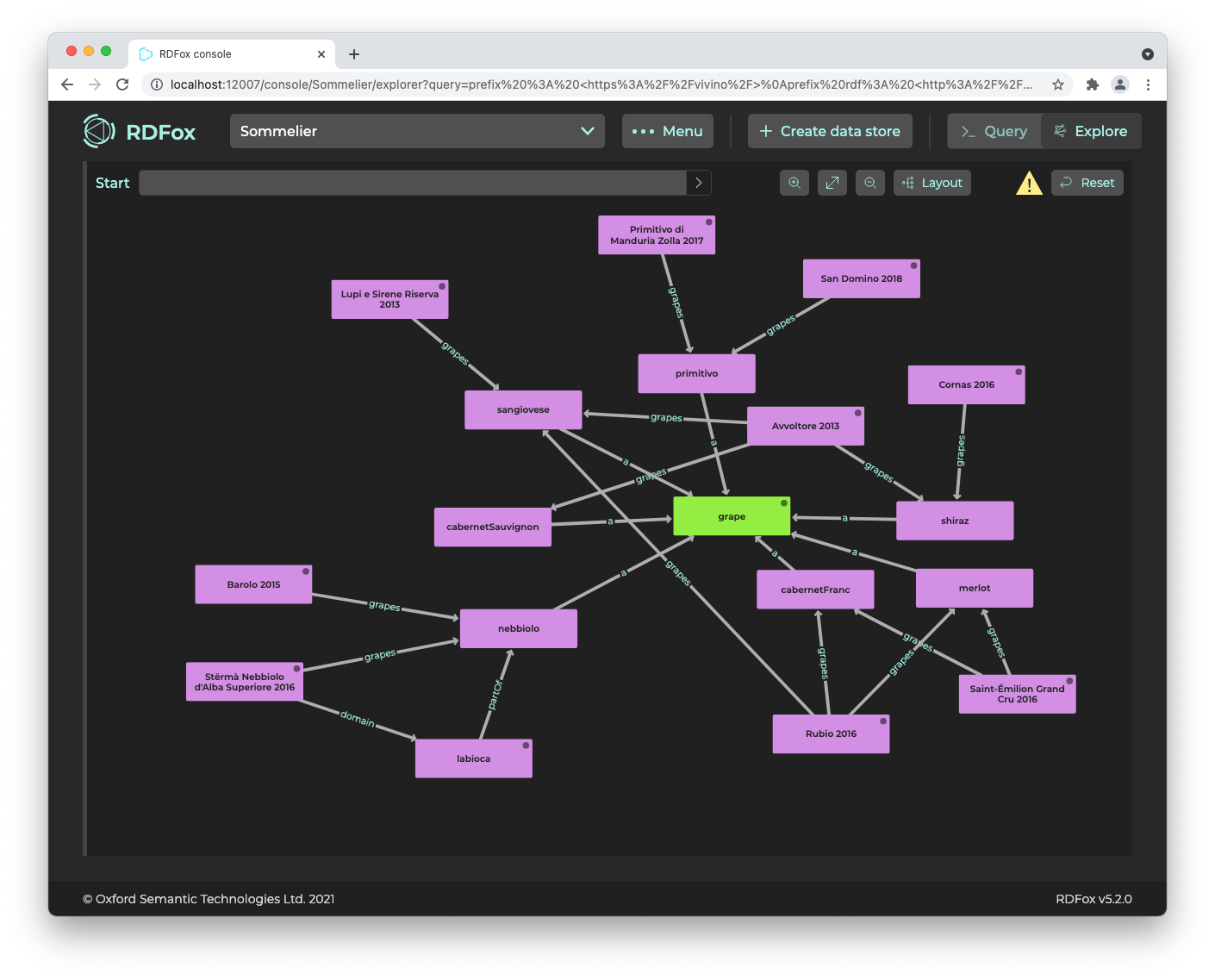 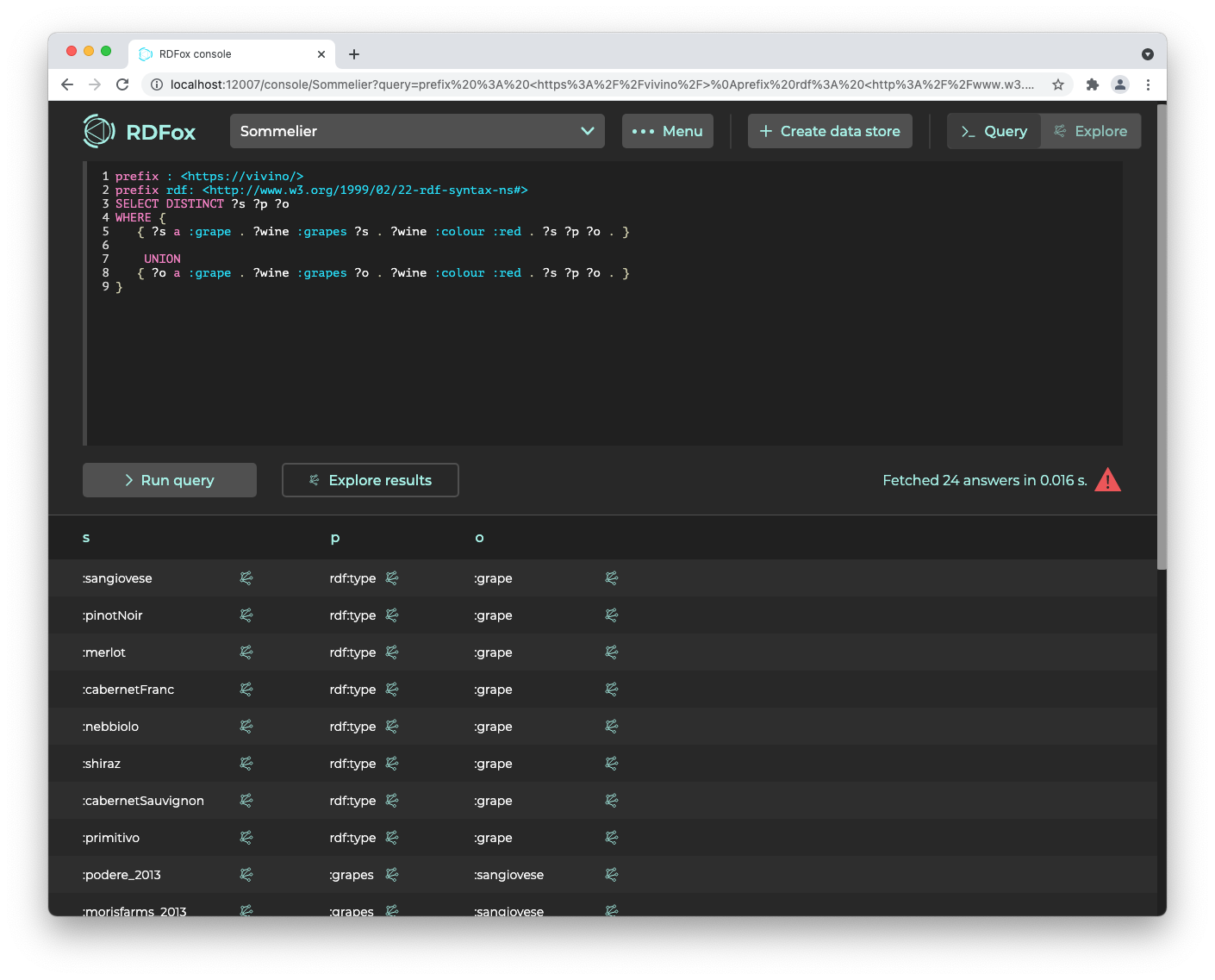 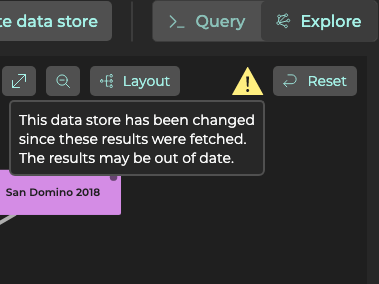 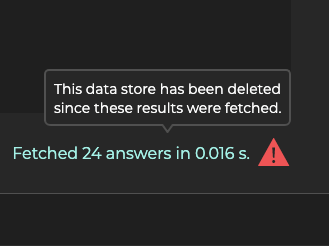 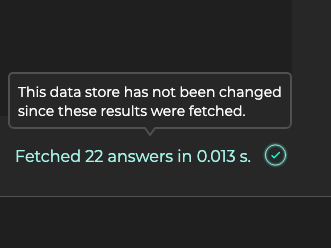 Here are examples of the amber and red alerts, notifying the user of a change. Tooltips are revealed by hovering over the icon.

If you’d like to try out any of these features for yourself, you can request a 30 day free trial or a demonstration from our knowledge engineers. For more information on RDFox check out our website and Medium publication.