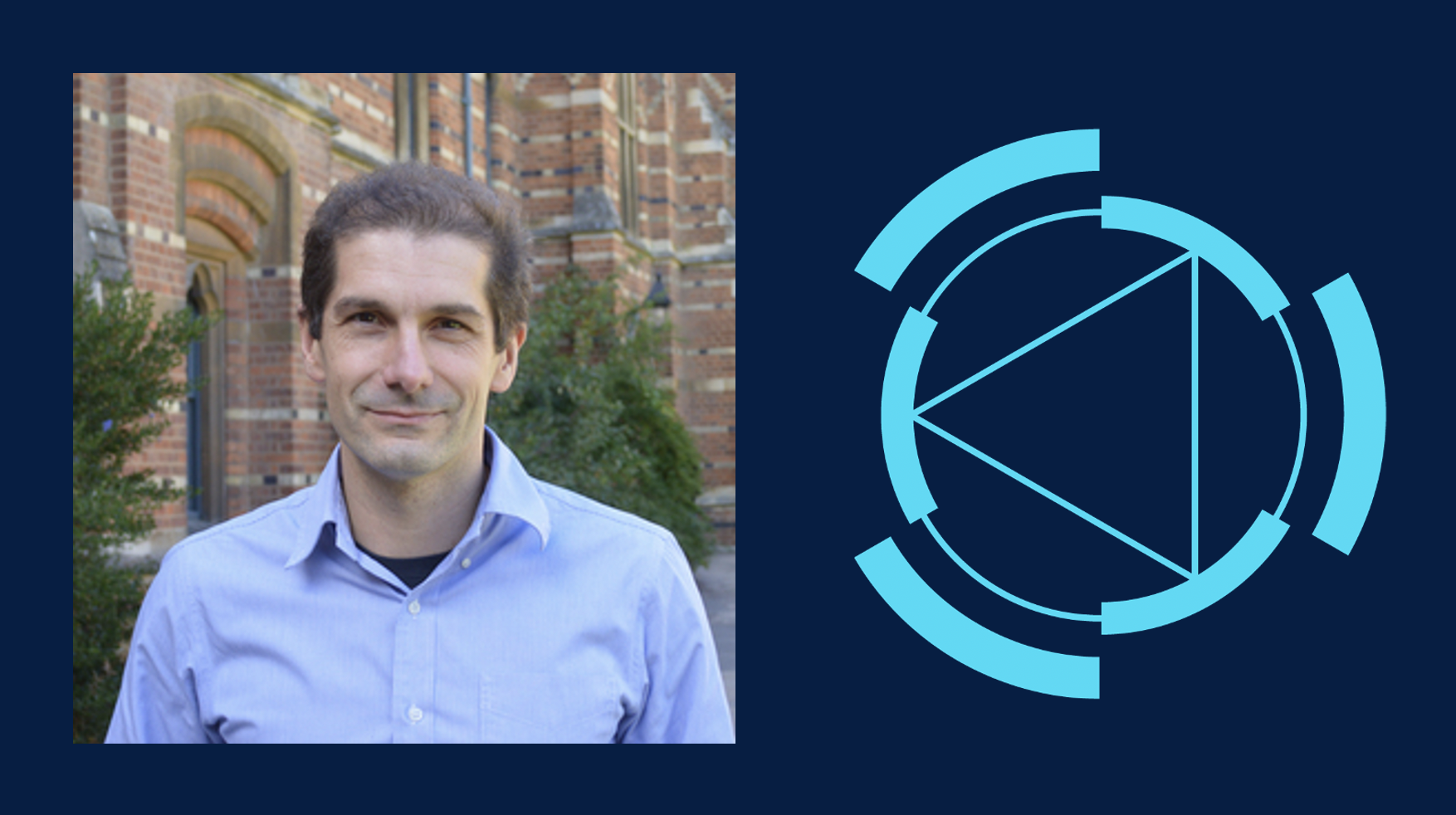 Bernardo is well known for his work in the area of semantic technology, knowledge representation, reasoning, and applications for data management and the web. This article will discuss his academic and professional journey and insights into the semantics world.

So Bernardo, how did you end up in semantics, Resource Description Framework and a founder of Oxford Semantic Technologies?

“My journey with Resource Description Framework, known as RDF, began by chance in 2002. I got a scholarship for a PhD from the Spanish Government. My supervisor at the time had just joined the World Wide Web Consortium (W3C), which is an international community for developing open standards for the web. They gave me a draft of an RDF primer and that was my first contact with logical reasoning. I strongly recommend people do not start like that!

During the scholarship I went to the US to work in Jim Hendler’s lab, the author of the famous 2001 semantic web article. It was an exciting time with a lot of ideas about the semantic web. The students in the lab were developing the first RDF reasoners called Pellet and met most of the people who ended up in Stardog. Once I had finished my PhD, I moved to the University of Manchester as a post doctorate, where I met Ian and Boris. We then later moved to the University of Oxford where we worked on RDFox.”

RDFox is unique within the Knowledge Graph world, as it has been developed and mathematically validated at the University of Oxford over several years, allowing time for the structure and complexities to be debated and improved upon. With this work in mind, what do you love the most about RDFox?

“RDFox is really well thought through. Sometimes people design systems and end up doing patches over patches. For example, if they implement a new feature, it is somehow added on top, without thinking about whether there are any deeper consequences of doing so. It is not like this in RDFox. It also implements an expressive rule language, and the algorithms have been used for many years with no bugs identified. RDFox is based on very solid research and because it is thought through end to end, it brings correct results and goes faster than our competitors.”

Given the high level of research and attention which has led to the development of RDFox, where do you see RDFox and Oxford Semantics in five years time?

“I see RDFox as one of the best triple store data management systems out there. In my opinion we have the best core, the reasoning and the core query answering. We will continue to build up the infrastructure and functionality around this to make us extremely competitive, making us the top engine around!”

Across various industries, companies are switching to knowledge graphs as the benefits become more salient. Which use cases for RDFox do you find particularly exciting?

“People are using knowledge graphs for a wide variety of things! A recent seminar series at Stanford, (it’s online if you’re curious) invited all sort of different people to speak about knowledge graphs and a lot of industry players. I was quite amazed by the kinds of applications that people are finding, for example, powering TurboTax, which is the main software for doing your taxes in the US. Or for improving the results of Natural Language Processing and for tracking emergencies. The range of applications of this kind of technology is exploding in front of our eyes!

There are two different types of use cases. There is data representation where you have the graph format and query the data, and other applications that require reasoning. The former, where people are looking for graphs and ways to query efficiently, currently constitutes most graph users, while the ones that require reasoning are smaller in proportion. But I would like to see this trend changing, and I think one of the reasons it hasn’t is because people don’t realise that systems which can do this, and do it well, exist!”

As people become more aware of knowledge graphs and their capabilities, do you think we will see a shift to graph from relational databases?

“I think this is already happening. For instance, I was listening to a talk by one of our old students, who is now working with Google Knowledge Graph, which explained how google developed a Covid knowledge graph. Schedules were changing so quickly due to the restrictions, for example for supermarkets, restaurants, test centres and parking. In order to have accurate real-time information they decided to develop a mini knowledge graph to track developments and emergencies. There is no way they could have done this with relational databases.”

Why couldn’t this have been done with a relational database?

“Relational databases are very good if the structure of your data can be defined up front and it’s not going to change a lot. For example, if you have a database of students in the University, which has some fields and tables, with data like student ID, name, course. You’re going to add data time to time and query the database. But it is very unlikely that the structure of the database is going to change very quickly or that you must make sudden changes in design decisions. Whereas, for many applications these days this is not the case. Things change quickly, you need flexibility in the data model so that your query performance is not massively affected and for this process not to be excruciatingly painful. That’s where I think that knowledge graphs provide the answer.

I don’t think graphs are going to replace relational databases but there will be applications where using relational technology is not going to be the best solution for a number of reasons.”

Artificial intelligence has gained a lot of media interest and the semantics space is always developing. However, what do you think are the biggest challenges for semantic reasoning which are yet to be solved?

“I believe the biggest challenge of semantic technologies is for people to write good rules. Where are the rules coming from? Who is writing them? What is the best way of writing and managing these rules, keeping them up to date, detecting problems with them? There are questions around how people are going to produce this knowledge and how we are going to train people to be able to do all of this.

Writing rules is about modelling, you need to think about what it is you want to achieve with these rules, and how you should organise them. This requires special training. It’s similar in a way to designing a database, you don’t just pull the data directly, you need to decide how many tables you are going to have, which attributes are going in which tables, how the tables are going to be connected, what restrictions will there be, etc. This conceptual modelling is similar to what we do with rules. You need to think about what inferences you want to make, what queries you want to support and from there you write your rules so that you are able to achieve this. We need people who are able to understand data at an abstract level.”

Finally, do you have any tips for businesses who are interested in knowledge graphs?

“Sometimes people who move into new technologies have fantasies about what the technology can do, as if it is some sort of magic — then they get disappointed. My suggestion is to try to understand the technology and what it is capable of, and whether the power and features can really help the business. It’s like the saying ‘instead of trying to find the nail for a hammer, see if the hammer is suitable for the nail’.”

Thank you Bernardo for providing us with a thought provoking and interesting insight into your journey and your thoughts on the semantics space. The final article in the series will place Adam Parr in the hot seat.

For Professor Bernardo’s publications, here are some links: